Bar Model Maths, or Singapore Maths, is a system developed in Singapore that has been endorsed by the Department of Education Maths Hubs (NCTEM) for teaching in UK schools. As 'Maths for Mastery', it has been acknowledged in the 2014 English National Curriculum for Mathematics. This system is soundly based on research by experts such as Richard Skemp, Jean Piaget, Lev Vygotsky, Zoltan Dienes and, most importantly, Jerome S. Bruner.

By teaching using this system, it encourages the whole class to move through mathematical topics at roughly the same pace as each topic is studied in some depth and the next topic is not introduced until all children can show good understanding of the mathematical concepts they are learning. 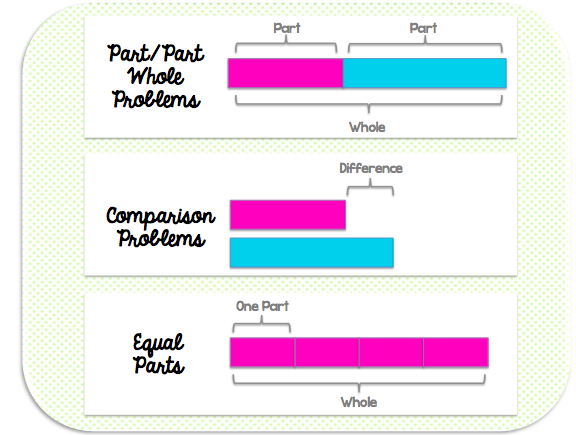 This understanding is most important. Many children are able to show progress but do not, in reality, understand the concepts behind these processes. In this system, time is given for the children to think in more depth about the maths they are learning so concepts can be grasped more easily. Though the pace may be slower initially, greater progress can be made because, as the children are secure in their understanding, topics do not need to be revisited.

Children often express feelings of insecurity about maths and often believe they just can't do it. By teaching this inclusive system, no child should feel a failure or disadvantaged and self-confidence is instilled by having the same access to the full maths curriculum as his/her peers.

The main pieces of research that this system is based on were carried out by Bruner, Dienes and Skemp.

Bruner formulated that children's learning occurs in three main stages, Concrete, Pictorial and Abstract. His ideas are covered in another article in this area of the website.

Bar Model Maths has been developed from this research. It is pictorial and proceeds from children handling objects to drawing pictures, then boxes to represent these objects. They are taught one concept at a time, in a variety of ways, to foster a deep understanding and are encouraged to explain the concept. As they progress, the need to draw all the boxes will become less necessary until just one bar will be drawn and labelled. This method can be used across a large number of topics.

Bar Model Maths gives children the opportunity to realise maths is not just a set of rules and procedures but is a way to really understand the concepts behind these procedures. 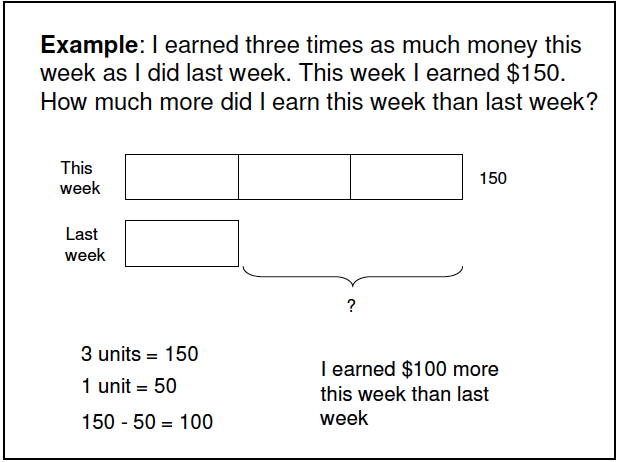